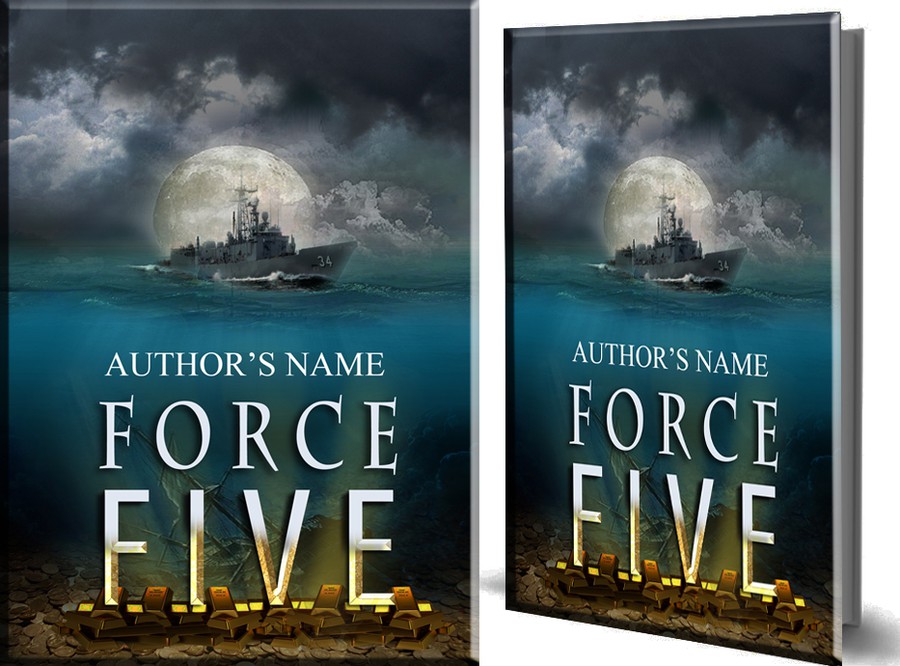 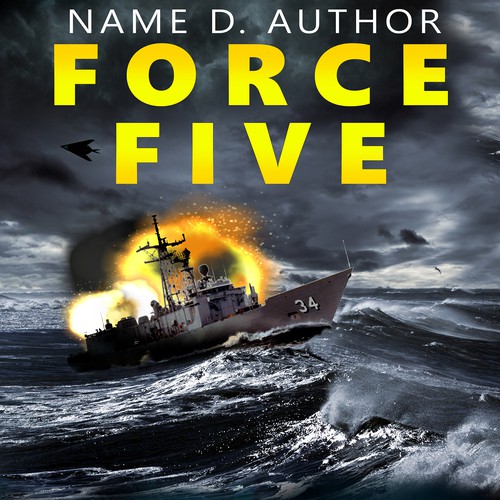 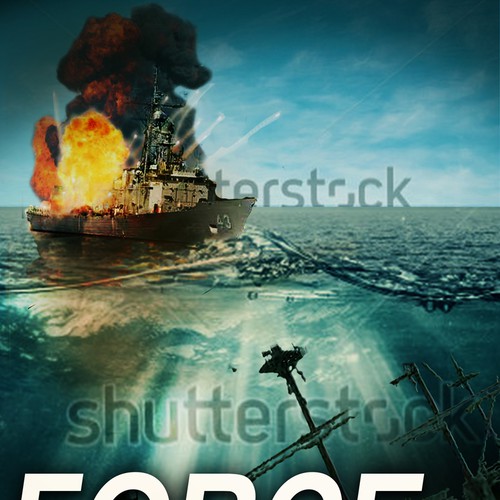 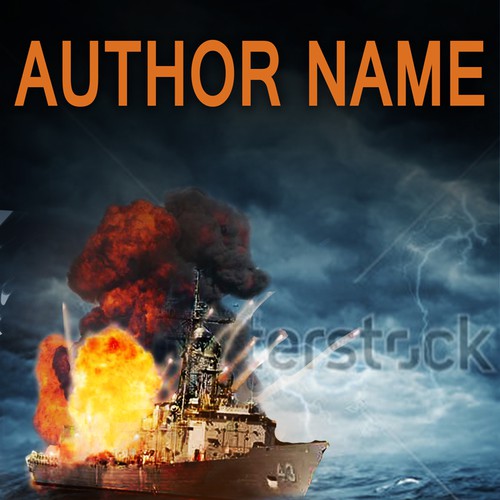 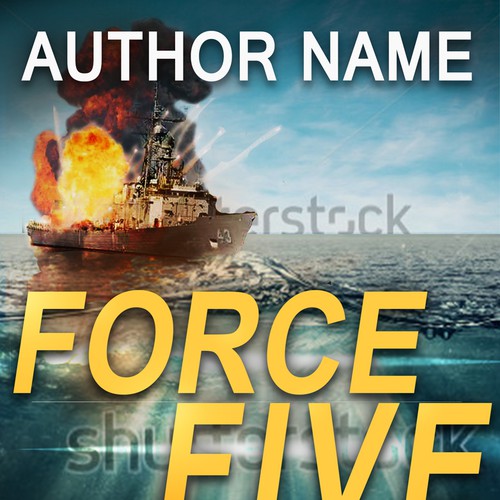 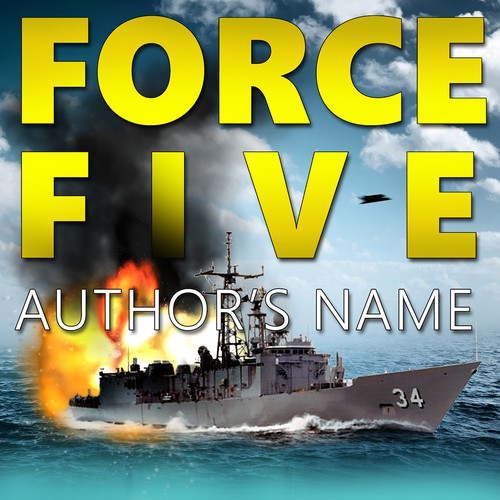 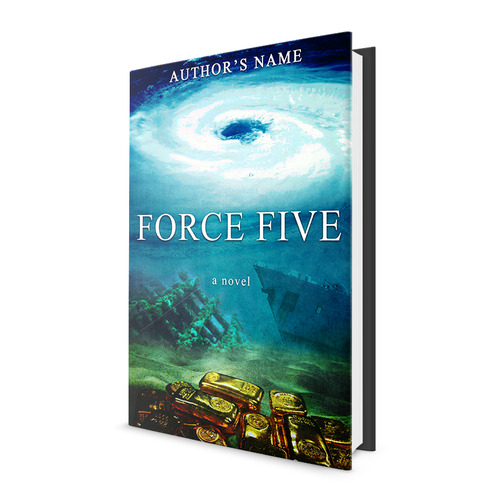 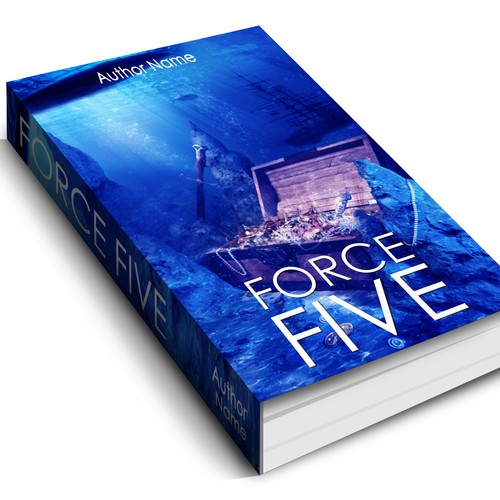 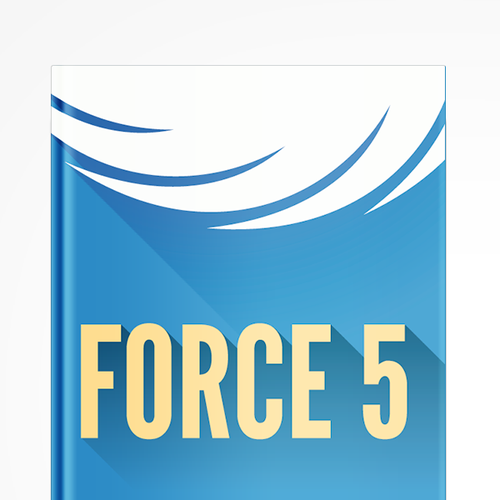 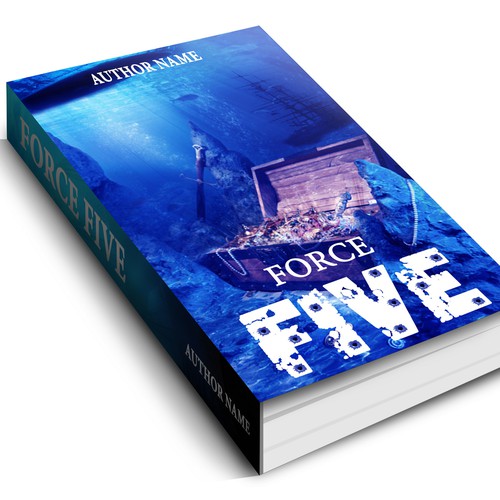 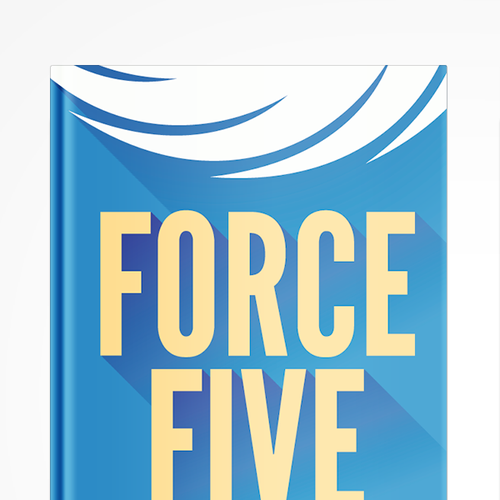 Book cover for a new action adventure novel. The name is "Force Five" Force five refers to a force five hurricane. The book begins with a war against the US by a somewhat crazy Fidel Castro in which Castro's forces land on the tip of Florida long enough to steal an F-117 stealth fighter from Homestead Air Force Base. This leads to the sinking of a US warship. When the main character tries to salvage the ship they find that the ship is laying a on a sunken Spanish galleon filled with gold. Mexico finds about it and tries to recover the gold that it believes if theirs and may save Mexico from financial meltdown. This leads to an underwater fight that almost ends in death for the main character.
I have been asked about ideas. Here is what I responded.

I have no real idea. That is why I am looking for help. I read a lot and mostly do adventure novels. I have not spent a lot of time looking at cover art. But if I had to take a stab, here it is. Maybe a satellite shot of a hurricane with a well defined eye would be the main emphasis. The bow of a warship peeking in somewhere and possibly some gold bars somewhere.

More plot info
The main character owns an aquatics research company working with the government
The warship that sinks plows into the covered galleon wreck and they find the galleon underneath the warship as the prepare to salvage it. The main character's company is doing the salvage work. As they clear sand out from under the warship to repair the hull they find the gold but cannot get it all out before the storm hits. Bad guys find out and try to steal the gold during the storm. The main character and another employee are riding out the storm on the bottom in a submersible and fight the bad guys

I have attached a small picture of the ship that is sunk early in the book. It is the guided missile frigate Aubry Fitch. You can search online for other pictures. The gold they find is in bars in the book and not coins, but after thinking about it there must have been coins too. Thanks for everybody efforts.

I see several covers with a human eye on them I did not mean that kind of eye. I meant the eye of a hurricane as seen from space with the spiral band and a tight central eye. Sorry about any confusion.

New note - After discussing this with my wife and thinking about it some. I want to change some stuff. the surface should show the new ship. Pieces of the old wreck are under water. the treasure is in gold bars and maybe some coins too. Here is where we run into trouble. A lot of the designs show the frigate in a storm. The frigate goes down on a sunny hot morning in the Caribbean. The storm comes into play while they are trying to salvage the frigate. So what many of you are showing is not time accurate. I don't know what to do from here. You have such good storm pictures. During the storm there are no ships on the surface. They would not survive in a force five storm. I am bound to award this cover and I will. but shots showing the galleon on the surface (according to my wife, and I agree) make it seem the book is in the past. Shots showing the frigate in bad seas just aren't accurate. But if we show it blowing up slicing through calm sunny seas, it isn't so interesting even showing the wreck below. Any Ideas would be appreciated. If no-one has any ideas I will award based on what we have currently. Sorry, I should have corrected the context earlier but the covers were so good I had about convinced myself to use one and let the reader figure it out.