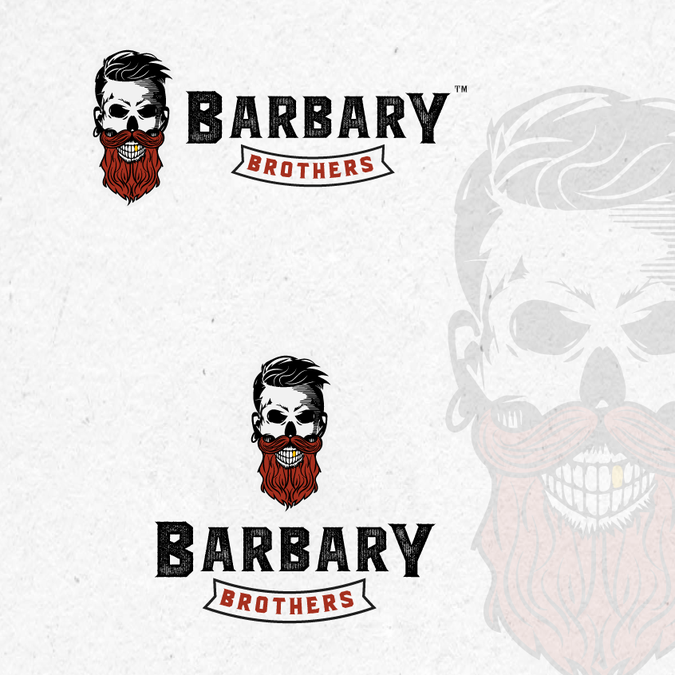 Design a powerful logo for our new men's grooming brand 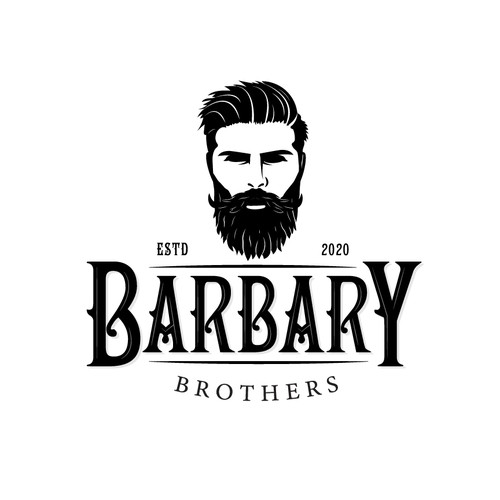 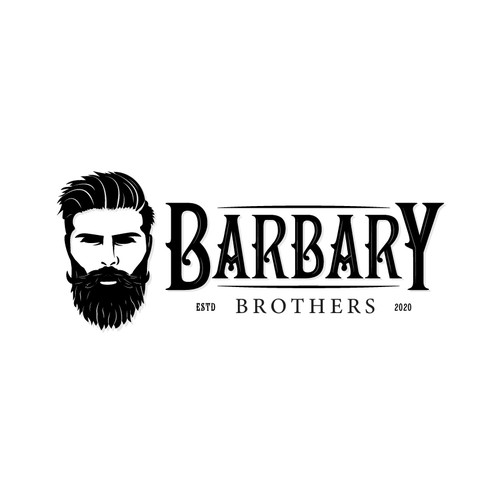 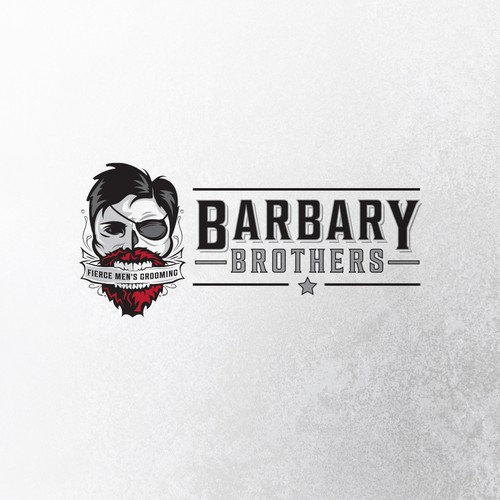 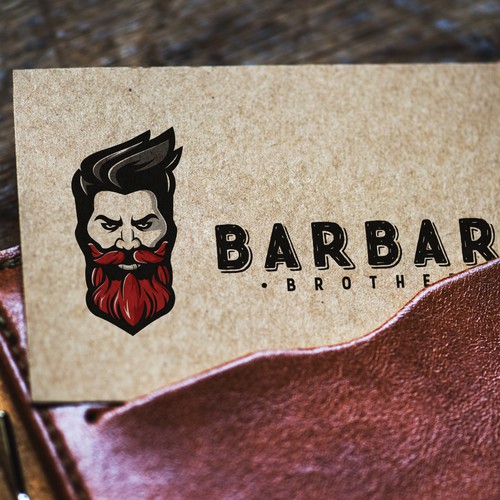 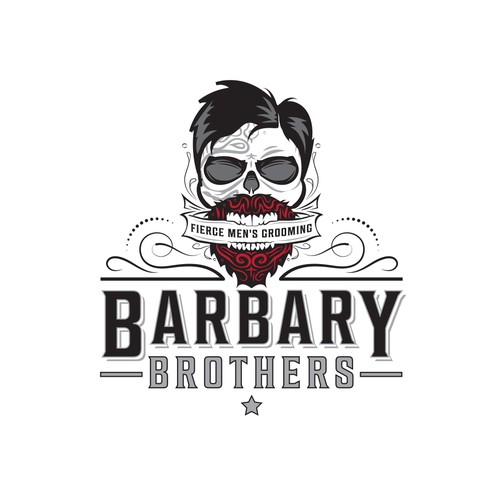 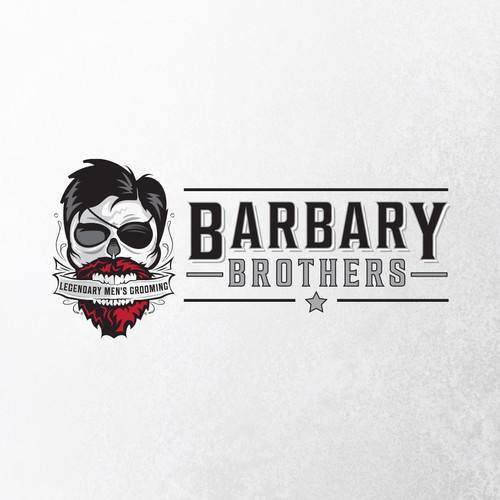 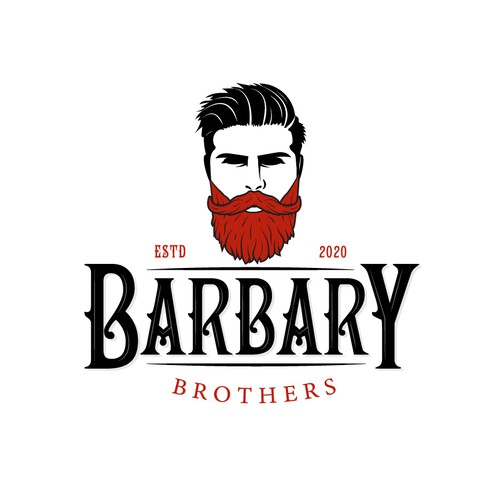 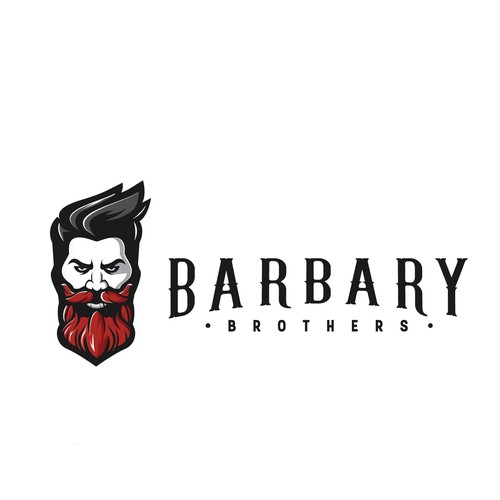 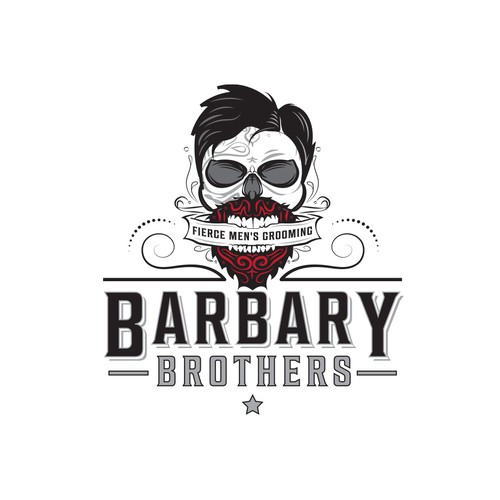 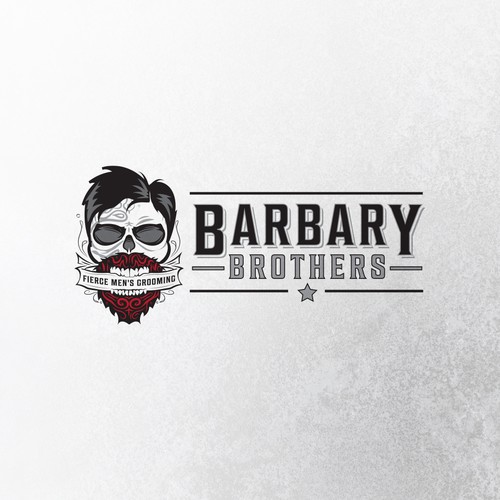 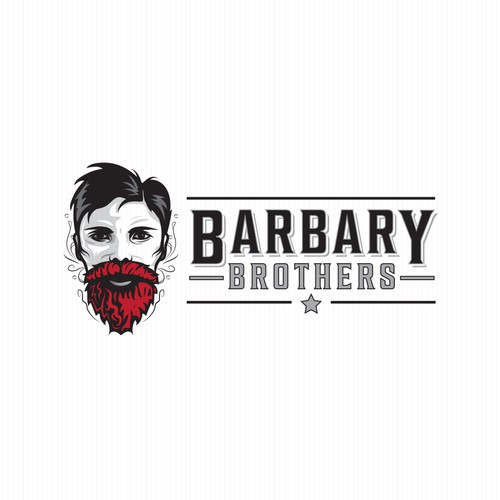 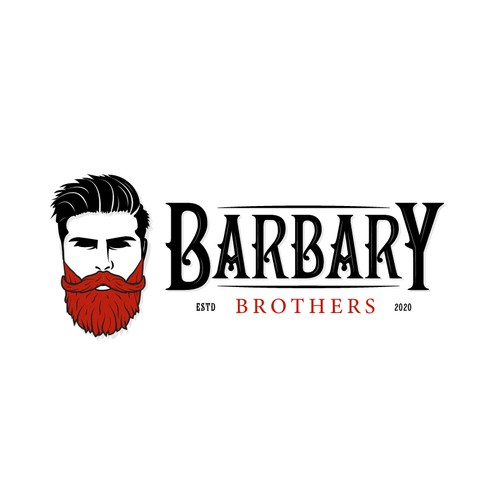 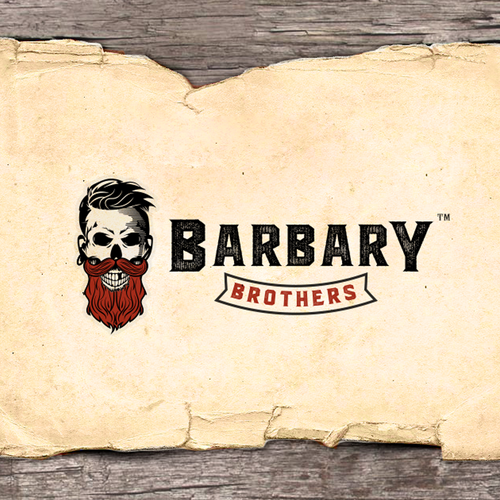 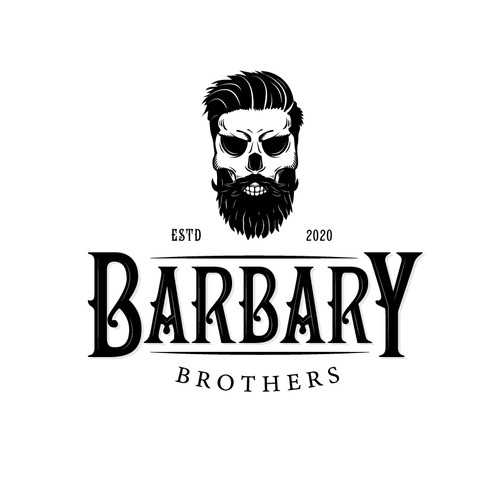 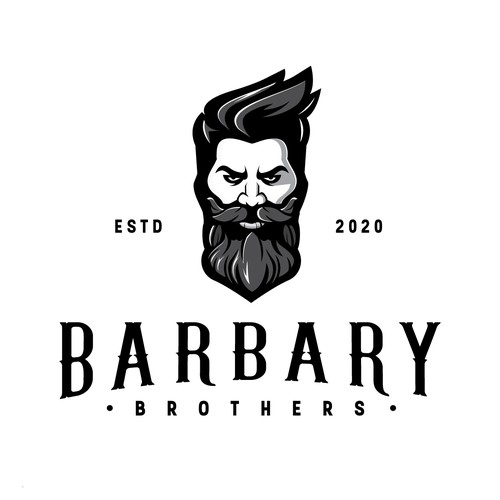 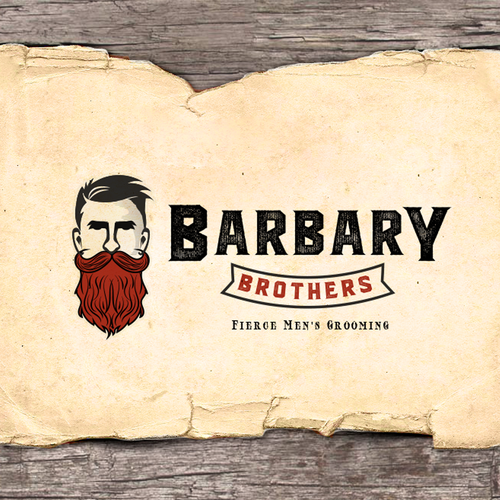 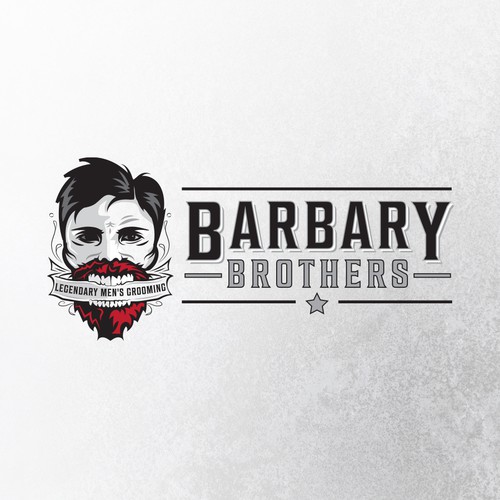 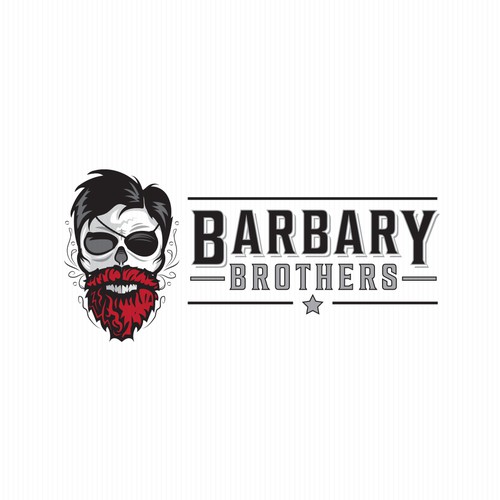 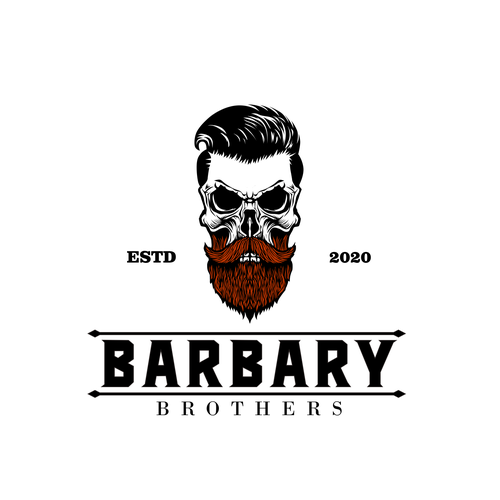 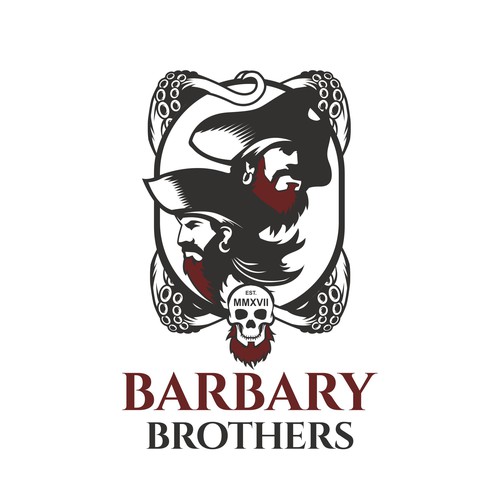 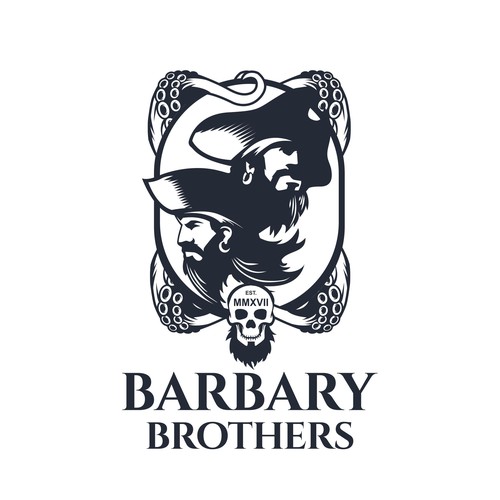 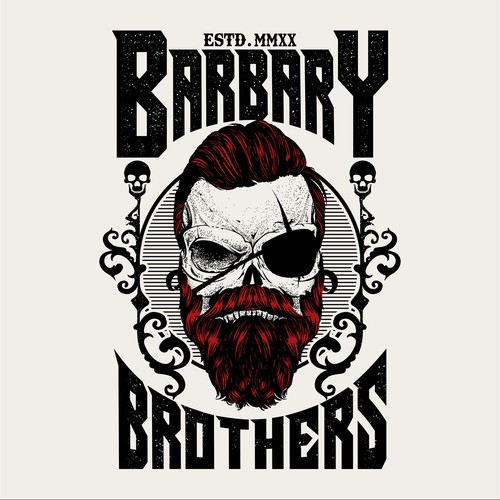 We will be retailing (initially re-selling) everything from beard oils, balms & moustache waxes to skin, hair care & shaving products - barber grade performance direct to your door.

Our target audience is the 18 to 45 dapper male who takes pride in their appearance. They may be either: a clean-cut "privateer"; or a "swashbuckling pirate" with facial hair to match.

From Albanian/Greek descent, the Barbarossa Brothers operated from the North African coast, an area that became known by Europeans as the Barbary Coast.

We're looking to bring the age of Barbary Piracy to life in our new brand - Barbary Brothers. Think Pirates of the Caribbean meets Kraken Rum - a dark & stormy brand with a Barbary Pirates theme running through it's veins.

A nautical / pirate theme may well hit the spot, but we're open to ideas using "Redbeards" that the Barbary Brothers become famous for during their prolific reign of the sea in the Ottoman Empire. We've also not ruled out the use of something steampunk inspired.

At present, we're not yet settled on a slogan to incorporate in our logo - current thoughts are "Fierce Men's Grooming" or not to use a slogan. We'd like to see some suggestions with / without.

We've pulled together a few images / examples of work from designers that might be useful for inspiration.

We'll be looking to use the winning designer for further work on website designs, social assets, brand guide, offline assets/printed literature and potentially product packaging at a later date.

Comienza ahora
We are a backpack business looking to revolutionise comfortable backpacks
AUD 399
We are restructuring into a purely specialised back pack business. Our audience will be hikers, hunters and outdoor enth
179
entries
36
diseñadores
The Enchanting Identity of Caledonia Forest!
899 $US
We will be a high-end old world retail and hunting resort.
167
entries
69
designer graphistes
Unique Nautical Designed Logo That Is Eye Catching And Beach Inspired
399 $AU
We are an Australian company located in sunny Queensland. Our mission is to bring you products that not only enhance the
43
entries
9
designer graphistes
Logo redesign contest for 420/vape shop
£ 239
We are a head shop and vape shop, selling all kinds of vaping products and cannabis paraphernalia. The cannabis side is
39
entries
8
designers
Be the Winning Design to a Premium Modern Nutrition Brand
USD 299
Premium & High Quality supplement and nutrition brand that provides real supplements that actually work. We promote a cl
700
entries
167
diseñadores
we need a powerful and welcoming logo for our online and storefront cbd business
$ 299
We sell CBD Oils and other cbd products online and through upscale store front
47
entries
17
Designer