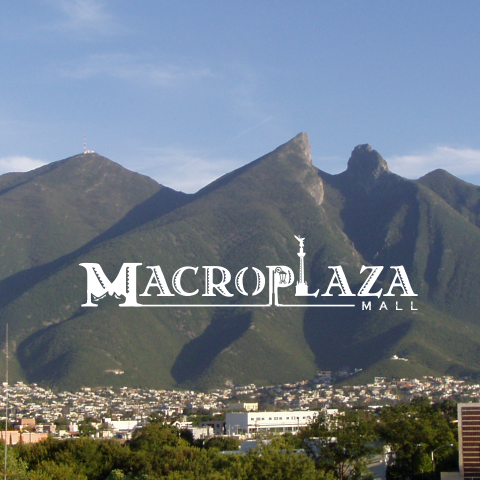 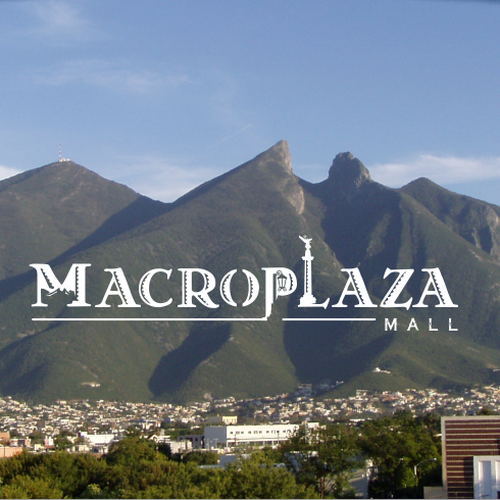 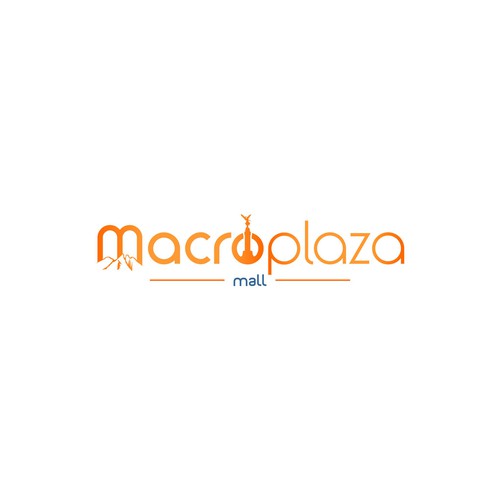 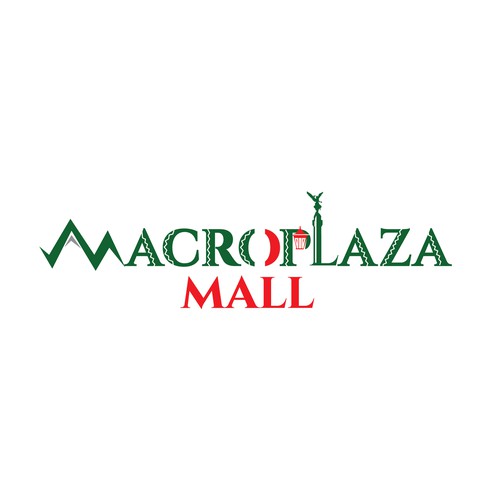 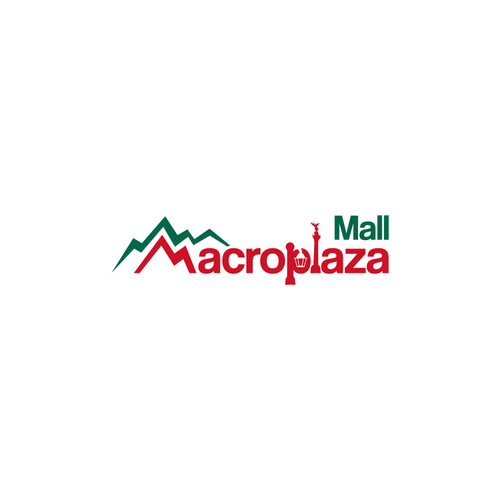 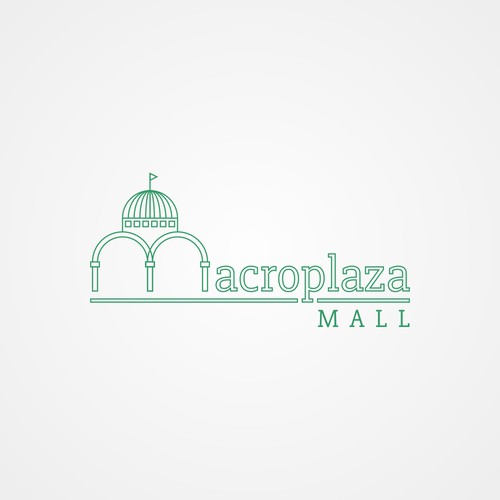 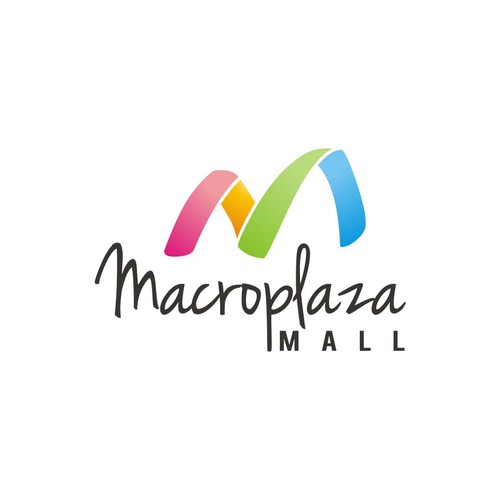 We are transforming a "dead mall" into a Mexican mall. We are changing everything- from the actual structure of the mall to the inside decorations and tenants inside the mall. The mall theme will be consistent with mexican colonial architecture. Attached are some pictures of the type of decor that will be prevalent in the mall, as well as the structural design that the mall will have.

The name "Macroplaza" comes from a well known town-center area in Monterrey, Mexico, where most of the local population in this area are from. A famous natural landmark of Monterrey is "Saddle Mountain" (pictures attached).

We want a logo where the words "Macroplaza Mall" are really the logo itself. One idea was to make somehow make the "M" in Macroplaza somehow resemble the saddle from Saddle Mountain. Or to incorporate a lantern on a pole somehow on the "p" or an "l". Or the "O" shaped center part of the mexican flag as a letter. Or the iconic "angel of independence" as part of it.
(All of these are simply ideas- trying to demonstrate the type of idea we have in our minds. Use as many or as few of them as you deem appropriate- you are the designer and know much better than me)

Our goal at the mall is to make the mall as authentically mexican as possible, giving the people who have moved away a small piece of their homeland. We are trying to bring small, subtle peices of their home to this mall- and we want our logo to reflect that idea as much as possible.

I have attached photos of some of the design sketches we have for the architecture of our mall, some decor themes and ideas that will be present throughout the mall, some images of the "saddle Mountain" and some different famous landmarks in Mexico for reference, as well as a rough sketch of an idea for a logo. Again- we are not designers- all of these items attached are not requirements- just simply intented to give you an idea of our mall and what we are trying to do here.

Create a new Logo for Bagvolution
EUR 269
Target Group: Women who love their handbags • Which products? Bag jewelry, bag accessories, new breakthrough protect Te
238
entries
38
diseñadores
Small town boutique & salon needing its identity
USD 299
This logo is being created for a boutique and salon that share the same space and identity. The salon will offer hair, n
16
entries
7
diseñadores
Design a fun, modern logo for The Cherry District's online presence.
US$ 299
eCommerce business specializing in a variety of goods including home basics, pet accessories, and apparel
105
entries
42
diseñadores
WANTED: CUTEST KITTEN EVER! Please help me design the most adorable kitten/cat for our logo.
299 $
My target audience are girls/tweens, ages 8-13. I am creating undergarments for girls only.
99
entries
31
Designer
Create an Aesthetically Pleasing Logo for a Ecommerce Clothing Startup
USD 299
I am creating an online ecommerce store aimed at selling clothing and other goods. My store will be a Christian company
150
entries
25
designer
Vintage, Retro and industrial Coffee & Coworking logo design needed!
USD 299
It is two floors. The top floor will be a coworking space and the bottom floor will be a coffee shop. The aim is to get
138
entries
40
diseñadores

Comienza ahora
Looking for a powerful god of thunder logo!
US$ 299
I am launching a new full body cigar called “KAMALU” which is Nigerian (Igbo) for “god of thunder”. The god KAMALU is d
32
entries
4
diseñadores
Jewellery Logo Needed
£ 239
I am small start out jewellery business. All my jewellery is handcrafted from design to finish piece.
82
entries
12
designers
Design a community inclusive logo for Sungh, a new Marketplace.
299 $
We are a curated marketplace for crafters and artisans (Makers in general) from around the world and locally. We also ha
37
entries
15
Designer
We Need a logo for our new website!!!!
299 $
A MisterMancave.com Company- We sell sports collectibles, framed jerseys and offer custom jersey framing.
88
entries
38
Designer
Create a sophisticated & minimal design for Danbury.
US$ 299
My target audience is both men & women of all ages. Offering a range of opportunities and products from anti- aging tips
267
entries
24
diseñadores
Classy & Sassy Boutique
499 US$
We are a clothing boutique and target young to middle age
79
entries
22
diseñadores